Independence Day or more commonly known as “Fourth of July” is a federal holiday observed each year commemorating the adoption of the Declaration of Independence on July 4, 1776.  The Continental Congress declared that the thirteen American colonies regarded themselves as a new nation and no longer part of the British Empire.

During this time, a seamstress by the name of Betsy Ross was said to be asked to create a flag to represent these new United States of America.  She is credited with designing this Colonial flag, and it featured thirteen stars arranged in a circle to represent the original thirteen colonies.

A simple and crafty way to celebrate this Fourth of July holiday is to create a Colonial flag using RevBead® beadboard panel.  All you need to complete this project is a sheet of RevBead®, star stencils, some craft paint and brushes.  See pictures of our supplies below.

Check back next week for Part II of the Independence Day / Colonial flag project. 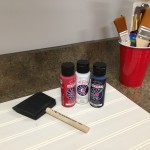 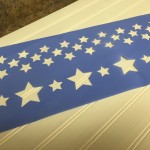 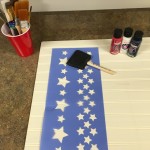